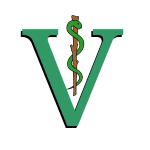 Veterinarians are in a unique position to observe pet misbehavior on a daily basis. Here are my top eight, offered in no particular order:

Unruly or aggressive dogs in the office.

Sure, the vet office is an anxiety-provoking place, but that’s still no excuse for bad manners. Dogs who run circles around the waiting room, disrespectfully sniff at carriers (whose contents are almost certainly more stressed-out than they are), or lunge impolitely at passersby are altogether too common.

This behavior becomes especially problematic when owners bring in two or more misbehaving dogs at the same time. Sure, I get that it’s more convenient to bring in more than one at a time, but if you can’t control them, you should know you’re probably being impolite to others.

Nonetheless, it’s true that some dogs are still early in their training process or are hard to control under certain circumstances, but, luckily, most veterinarians will offer a solution: Keep them with you outside and let the front office staff know you’ll be waiting patiently until the vet is ready to see you. This way you can move gracefully through the lobby and into the arms of a veterinarian who doesn’t mind being jumped on and slobbered over. (I don’t!)

The unnecessary, in-hospital “meet and greet.”

The waiting room of your veterinary hospital is not like the dog park. Vet-stressed pets can behave in ways you might not expect, which means that allowing (even promoting) a “meet and greet” between two or more dogs is probably a bad idea. Yet I see it happen almost daily.

It’s also generally considered a bad idea to approach a pet who’s waiting his turn for what’ll probably be the most anxiety-inducing event of his year.

Now, most of these pet-to-pet and human-to-pet interactions end well, but are they really worth risking a bite (or worse)? I don’t think so.

I’ve written about this many times before, and I preach about it in the exam room anytime I get the opportunity, yet most of my cat-owning clients still insist on a) switching up the brands and types of litter, b) keeping too few litterboxes for the household’s population of cats, and of course, c) not keeping the litterbox clean enough.

Have I mentioned how much I hate these? The super-extendo setting on these not only encourages bad manners while out on walks in public, they’re downright dangerous: I’ve seen humans get “hog-tied” by their excited pups. One client even hit the floor once after getting all wrapped up (and it wasn’t even her dog!). And another client’s dog was hit by a car when she bolted off the sidewalk into oncoming traffic while still on leash. Scary, right?

Just because they’re pocket-sized doesn’t mean they shouldn’t undergo basic obedience training. Yet I know of few tiny-breed dogs who know even the most common commands. What’s up with that?

I propose that this human-induced behavior problem persists because purse-sized dogs seldom hit the floor when they’re out in public. Nonetheless, it’s true that a lack of simple training in basic manners leads to undersocialized dogs who are effectively allowed to become more snappy, yappy and problematic.

Keep more than two or three cats? Then you should know it’s unlikely they’ll all get along peacefully. While this might not seem like a problem to you (indeed, most owners are unaware of subtle inter-cat issues), feline stress is commonplace under these circumstances.

Cats are territorial animals and they don’t often like being forced to live in close quarters under one roof. Crowding can make for undesirable litterbox issues, promote stress-induced diseases, and, consequently, isn’t always conducive to keeping cats happy and healthy.

How can I put this delicately?

Most pet owners adore their pets so implicitly they manage to induce unwanted feeding-related behaviors (and obesity!) through well-intentioned but misguided actions such as:

a) Keeping bowls filled to the brim with kibble (especially common for cats), b) failing to adhere to a feeding schedule (thereby allowing pets to dictate feeding times), c) feeding under the table or after family mealtimes, d) offering treats willy-nilly (whenever they walk into the kitchen, for example), and e) promoting inter-pet stress by feeding them side-by-side.

Cats outside of carriers.

Why do people do this? Do they not understand that a feline armful in the waiting room of a vet hospital makes for dangerous dog-related behavior? Moreover, it stresses out the waiting dogs along with the unprotected cat.

Fortunately for these vulnerable felines, there is a solution: We take them to a quiet, dark room until it’s their turn. In fact, we’re starting to do this with all our feline patients. After all, our waiting room is small, and the above-mentioned disorderly dogs understandably freak them out.